These so-called „session cookies“ are required for the core functions of the website and are automatically activated when you use this website. They also contribute to the safe and correct use of the site. 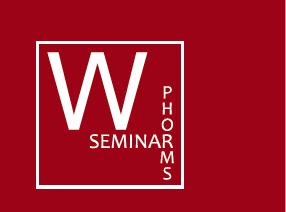 On the 5th of December 2019, the W-Seminar “Geopolitik” had the pleasure of attending a lecture done by Dr. Gunter Schmid, who talked about present events and important topics tied to geopolitics. These topics included Trump’s foreign policy, China’s new bipolarity with the USA and the authoritarian powers are on the move. Dr. Schmid was a foreign adviser in the Bundeskanzleramt for 30 years and has therefore a great expertise.

In the first part of his lecture Dr. Schmid talked about the disorder of the new geopolitics in future. He mentioned that at this point in time, there has been an axis shift in the distribution of power. In addition to this, he elucidated about the system’s failure in Trumps foreign and domestic policy, that instead of the using the motto globalization, Trump uses his own motto 'Americanisation’. On the other hand, Trump’s trade policy with for example South Korea, has been victorious. Moreover, Trump is very resistant when it comes to consultation with his colleagues, he does not like to be advised. So, therefore America’s strong hold in supremacy is sinking.

Later on, Dr. Schmid talked about China’s aggressive industry policy, for example in the AI Market. China’s predication for the future is to become an even bigger player in the tech industry, by the year of 2049. Dr. Schmid stated that 10.000 start-ups are started each day and about 213 German firms have been bought. One of China’s goals is to keep their society under control, meaning using a system to control each citizen. As an example, the social-credit system is being used by the Chinese government. By the year 2020, there should be more surveillance cameras installed. However, with China’s high rate of development, they are in massive dept. So, there is some doubt in China’s stable economy.

Close to the end of the lecture, he reminded his audience of the ongoing the rivalry between the US and China. Both seek to have total dominance in the digital economy.

In the end of his lecture, Dr. Schmid stated that the libertarian order in the world is unstable and that the authoritarian systems have found their way be in the front. The students of the W-Seminar were able to ask many, many questions and got great inspiration for their upcoming W-Seminararbeit.